1 Fact Almost Everyone Gets Wrong About Dementia post page

1 Fact Almost Everyone Gets Wrong About Dementia

It is safe to assume that most people have heard of the condition of dementia. In society, it is commonly associated with memory loss and older age. But did you know that over 90% of the general population is mistaken about one important dementia-related fact?

In the U.S., it is common to use the terms Dementia and Alzheimers Disease interchangeably. But did you know that these two terms are actually not the same? 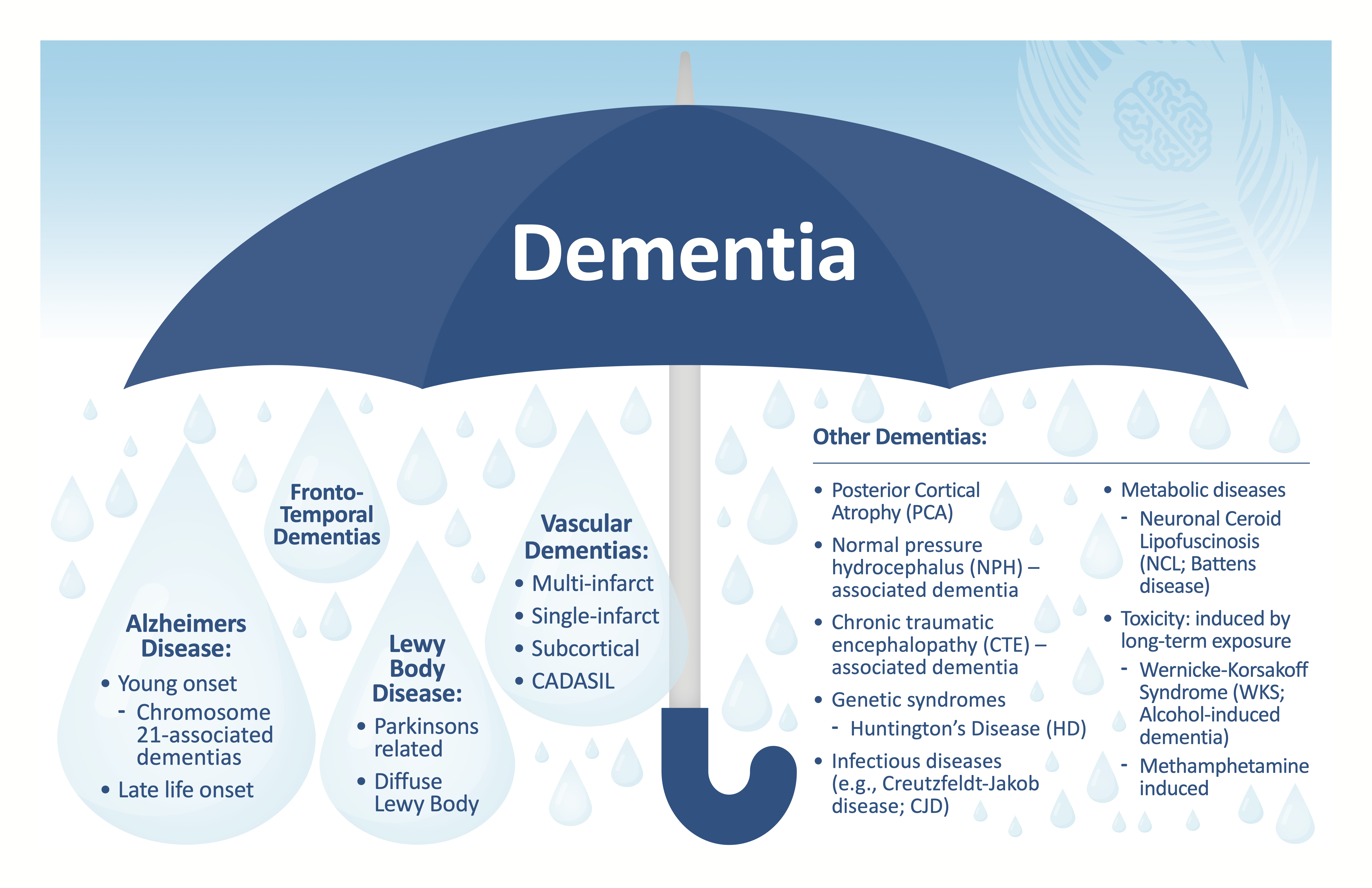 In fact, at the writing of this article, it is believed that there are over 120 different types of dementia (read more about some of the most common ones further down on this page).

So why does it matter to not use dementia and Alzheimers interchangeably?

Because by publicly acknowledging the fact that these two terms are not the same, you set the stage for increased public awareness that there are more dementias than just Alzheimers, thereby helping to shine the spotlight on the other, lesser-known forms.

And with increased public awareness about these other dementia types, you can help increase the chances of more accurate diagnoses for those affected, more funding for research, and more awareness about the need for condition-appropriate care partner skills.

Interested in learning more about the more common types of dementia?

Below you can find brief explanations by the Mayo Clinic as well as some content by Positive Approach to Care® about each of these more common types:

Alzheimer's disease is a progressive disorder that causes brain cells to waste away (degenerate) and die. Alzheimer's disease is the most common cause of dementia — a continuous decline in thinking, behavioral and social skills that disrupts a person's ability to function independently. (Source)

According to the Mayo Clinic, FTD is an umbrella term for a group of uncommon brain disorders that primarily affect the frontal and temporal lobes of the brain. These areas of the brain are generally associated with personality, behavior and language. (Source)

Listen to an episode of the Dementia Care Partner Talk Show Podcast about Frontotemporal Dementia:

Vascular dementia is a general term describing problems with reasoning, planning, judgment, memory and other thought processes caused by brain damage from impaired blood flow to your brain. (Source)

Listen to episode #48 of the Dementia Care Partner Talk Show Podcast: What is Unique and Challenging About Vascular Dementia

(Interested in more podcasts? Listen for free by clicking here.)